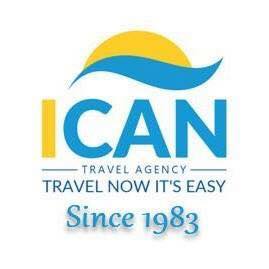 Sail along River Nile over 5 days from Aswan to Luxor, and Enjoy your visits to the Philae Temple and High Dam in Aswan.

keep exploring the Nile valley and visit the Temple of Edfu and Kom Ombo on your way cruising to Luxor.

On your journey to Luxor, you will visit Karnak Complex in the Est Bank, and on the West Bank, you will visit Hatshepsut Temple, then Explore the tombs of the Pharos at the Valley of the Kings.

Pick-up from the airport in Aswan or Giza. The pickup time will be reconfirmed one night before the tour via your preferred way of communication.

Welcome to Egypt, meet and assist with our representative at Aswan airport then transfer to the cruise for your accommodation where you will get a nice drink and a meal (overnight in the cruise).

Day 2 ( Aswan city: temple of Philae – the island of Agilika – the High dam )

start your day in Aswan with a delicious breakfast then we will start our tour with (Temple of Philae, Island of Agilika) which is an island in the reservoir of the Aswan Low Dam, downstream of the Aswan Dam and Lake Nasser.

Philae was originally located near the expansive First Cataract of the Nile in Upper Egypt and was the site of an Egyptian temple complex, then moving to (the high dam) which is built across the Nile in Aswan, Egypt, between 1960 and 1970.

After breakfast and enjoy the sailing to Komumpo city, then stop at the temple of Komumpo which is an unusual double temple in the town of Komumpo in Aswan Governorate.

It was constructed during the Ptolemaic dynasty, 180–47 BC. Some additions to it were later made during the Roman period.

then the cruise will carry on sailing later to Edfu city, and stop at the temple of Edfu which is located on the west bank of the Nile in Edfu, Upper Egypt.

The city was known in the Hellenistic period as Koine, after the chief god Horus, who was identified as Apollo under the terpretatio graeca.

(All meals included in the Nile cruise).

At the end of the sailing the cruise will stop at Luxor city, after early breakfast our tour starts to the west bank of Luxor.

To visit Valley of the Kings which is also known as the Valley of the Gates of the Kings, it is a valley in Egypt where, for a period of nearly 500 years from the 16th to 11th century BC, rock-cut tombs were excavated for the pharaohs and powerful nobles of the New Kingdom.

Then passing by the temple of Queen Hatshepsut which was the fifth pharaoh of the Eighteenth Dynasty of Egypt. She was the second historically-confirmed female pharaoh, the first being Sobekneferu Hatshepsut came to the throne of Egypt in 1478 BC.

then overlook at colossi of Memnon, after that crossing the Nile to the east bank to Karnak temple which is commonly known as Karnak, comprises a vast mix of decayed temples, chapels, pylons, and other buildings near Luxor, in Egypt.

(All meals included in the Nile cruise)

breakfast will be served on board before disembarking the cruise ship.

Visit the Temple of Luxor, at the end of your trip, you will be transferred to Luxor international airport to catch your flight back to Cairo